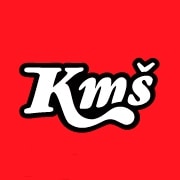 The club, whose history dates back to the year 1996. The club started its operations in the Slovenian capital, which brought together students of Maribor, studying in Ljubljana. KMŠ later transferred its activities back to their city of Maribor. KMŠ brings together students who want to organize various projects and events to spice up everyday life of young students. All of this is Klub mariborskih študentov.

They traditionally take care of the organization of KMŠ stage during the Lent Festival in Maribor, which is organized within the European programme Youth in Action for international exchange and training. During the winter season they go skiing in the snow, they prepare various trainings and courses (diving and other sports courses, language courses and travel lectures), they provide fairs for sports equipment and textbooks, they also participate in humanitarian action Pomežik soncu (Wink at the sun) … They also offer help to students at risk and organize the celebrations of the holidays, take care of the young poets in the project KMŠ poet. They also founded their own book label KMŠ Hiša Knjig. In 2012 they are preparing a project Dvanajst (Twelve) which will take place within the framework of the European Capital of Culture.

Within the various sections they cover activities from various fields from sports, culture, extracurricular activities, social and health care to education to ensure that they are present in all fields of activities.

And where can you find them? Čuj ti, v Mariboru si (Hey you, you’re in Maribor), attractive slogan that marked our club, next to the name of the club, says it all. KMŠ covers student population from Maribor end of Slovenia. It brings together around 1,500 members, of which 25 are actively involved in event planning.

Klub mariborskih študentov is a club, who wants to diversify your free time in Maribor and leave its mark on the student days, which you will never forget.